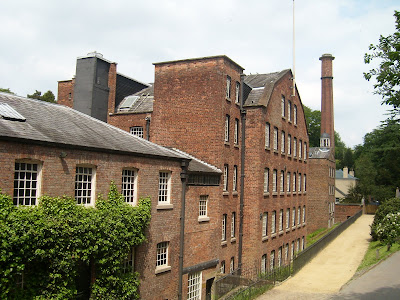 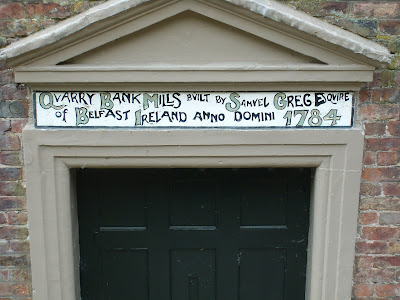 Set beside the River Bollin, it was built as a cotton mill by Samuel Greg in 1784 and it still produces 10,000 yards of cloth a year from the various machines that have been lovingly restored for demonstrations to the public. The Greg family were notably humane toward their workers but, as the mill exhibition shows, working days were long, dirty, noisy and dangerous. The Gregs bought children from the workhouses to train as apprentices (you can visit The Apprentice House where they lived), giving them better conditions than the workhouse, with decent education and health care. Nevertheless, the whole set-up still seems shocking to us.

Right next door to the mill (a bit too close for comfort, I would have thought!), the Gregs built an elegant family house 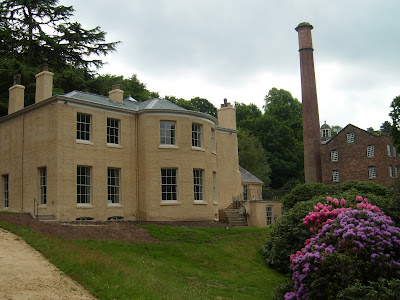 overlooking the River Bollin, with a landscaped garden that ran along the side of the valley. It's this garden, long hidden from view, that The National Trust has spent some years restoring as the Gregs would have known it, and it was opened to the public in March this year. It still looks rather new and raw in places, but it will be interesting to visit again over the next few years as it "beds in": 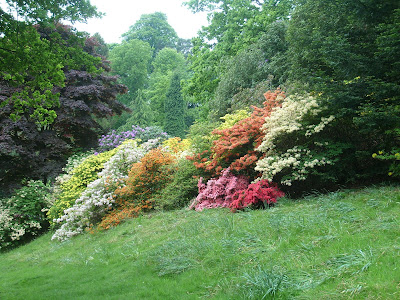 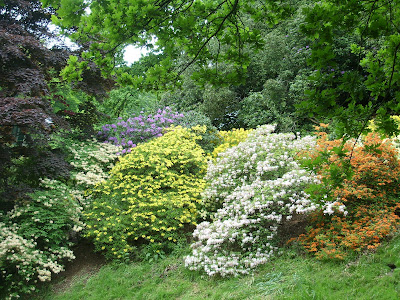 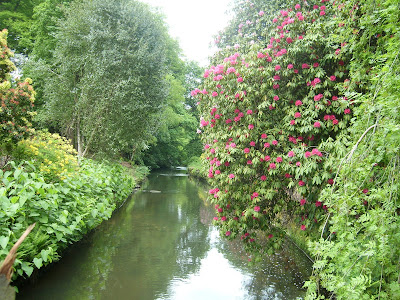 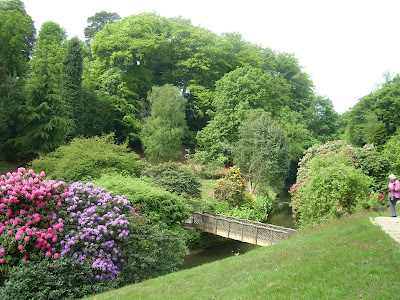 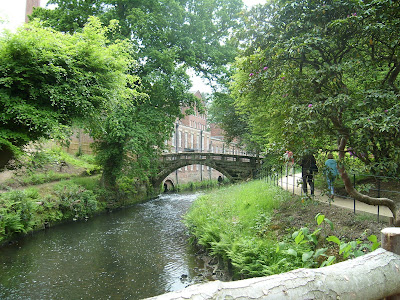 Posted by Sarah Cuthbertson at 16:58 2 comments:

Book Review: The Suspicions of Mr Whicher by Kate Summerscale

I'm not a big fan of crime novels and if I do read them it's usually for something other than the investigation of the crime (see, for example, my review of Ruso and the Demented Doctor by R. S. Downie).

However, I can't resist a real-life murder story, particularly if it happened in a prosperous middle-class Victorian household and opens up a Pandora's box of seething emotional turmoil concealed beneath a veneer of stuffy respectability. The names Florence Bravo, Adelaide Bartlett, Madeleine Smith, Florence Maybrick and of course Lizzie Borden, spring to mind. And if they're unsolved mysteries, so much the better.

The Suspicions of Mr Whicher, the investigation of a child-murder in 1860s Wiltshire, ticks all these boxes, except the last. But that doesn't stop Kate Summerscale from telling a fascinating story with all the skill of a practised crime novelist, carefully setting out the troubled family background, the personalities involved and the circumstances of the murder, before gradually revealing the clues so as to allow the reader to play detective along with the real article.

Not a great deal is known about Jonathan Whicher, one of Scotland Yard's Victorian best, and the author doesn't embroider the facts, preferring to concentrate on contemporary police practice and the urban working class from which this detective sprang. Jonathan Whicher's police career ended in failure (though his suspicions in the Road Hill House murder, otherwise known as the Constance Kent case, were later proved right), and his real legacy is a literary one. The Constance Kent case was the original country house murder, sensational in its own time, whilst Wilkie Collins's Sergeant Cuff and Dickens's Inspector Bucket were both inspired by the intriguingly shadowy figure of Inspector Whicher.

Because they involve the brutal deaths of real people, true-life murder stories I find rather a guilty pleasure, though I hope I'm not being disingenuous in claiming that the real satisfaction lies as much in what they reveal about life in the eras in which they're set as in solving the mysteries themselves (or, as in the case of Adelaide Bartlett and Jack the Ripper, not solving them).

In any case, The Suspicions of Mr Whicher is a perfect gem of the genre, worthy to sit alongside such classics such as Poison and Adelaide Bartlett, Death at the Priory and The Poisoned Life of Mrs Maybrick.

The book has a website here.
Posted by Sarah Cuthbertson at 11:10 2 comments: